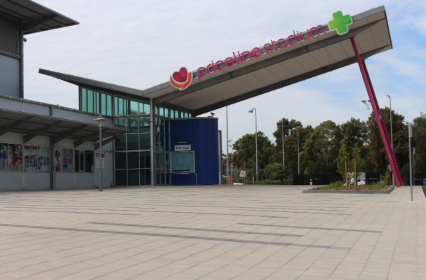 Netball is one of the country’s most popular and beloved sports. Whether it be at a school level or professionally with the Adelaide Thunderbirds, the sport has captivated the hearts of millions of Australians across the country.

South Australia’s premier netball stadium, Priceline Stadium was built in 2001, and since then has become a symbol for the sport in the state.

In December of 2019, plans were announced to redevelop the Priceline Stadium, home of the previously mentioned Adelaide Thunderbirds. 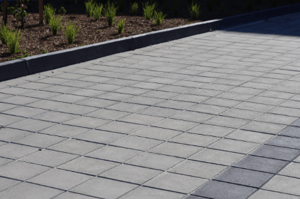 These plans had been in development for a while, but thanks to the SA Government’s $6.1 million funding grant, were finally made a reality.

These plans include a variety of exciting developments including new change rooms for players, as well as a completely refurbished interior. However, as of right now, the external car park and pedestrian footpath remain the main focus. As a part of the redevelopment plan, over 100 indigenous shrubs and trees were planted in and around the stadium, in order to uphold the values and tradition of the original landowners.

Best was thrilled to provide our Large Format Urban and Slate Black Series pavers to the pedestrian footpaths. Laid in a truly unique pattern, our products help portray the exciting nature and spirit of netball. Priceline Stadium’s redevelopment helps showcase the incredible work provided by local businesses, builders and designers.

To view other Project Showcases by Best, please click here.